Shipping damages are a problem for any e-tailer or producer selling their product directly to consumers. The product is handled and packaged with care but is usually handed over to a parcel carrier to get it delivered to the customer. The problem is that not all of the people after that handle the box with the same pride and care as the producer’s employees do. For them, it’s just a box.

Not everybody is as careful and gentle with the boxes as they should be. Dutch bike manufacturer VanMoof had that same problem. A lot of their bikes arrived damaged. VanMoof design and builds bikes and e-bikes, which can have smart features like an anti-theft GPS tracking module. They cost from several hundred to over a thousand euros apiece. Imagine the horror of customers who take their bike out of the box only to find it damaged.

Out of the Box

And then one of VanMoof’s founders had an idea. Let’s put a large flat-screen TV on the box!  Twitter user Jason Gay was one of the first to share it.

Our secret is out! Writes Bex Rad, Creative Director at VanMoof on medium:

And just like that, shipping damage to our bikes dropped by 70–80%.

As we go from tiny Amsterdam bike-maker to global city-cycling company, this bike box hack has got us thinking about the power of small tweaks with disproportionate impact.

Do check out their bikes at VanMoof.com. They look amazing. 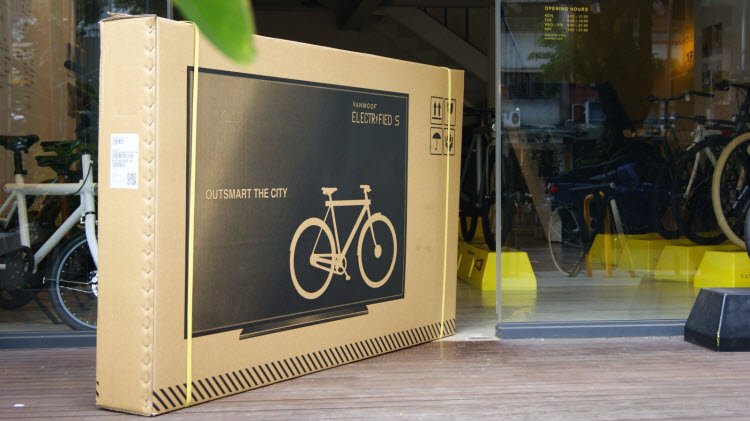 Drones vs. Robots. The Delivery War is on!
Manage Cookie Consent
We use cookies to optimize our website and our service.
Manage options Manage services Manage vendors Read more about these purposes
Preferences
{title} {title} {title}