The Most Congested Roads in the World

When searching for the most congested roads in the world, I came across the list below, which I found on Forbes. I was shocked to see my hometown Rotterdam on the #8 spot!

Here’s where in the world INRIX found commuters wasting the most time with their hands on the wheel, staring the bumpers of the cars ahead of them:

Over, Instead of Through Traffic

Back to China. A Chinese company has designed a bus that can drive over and above traffic jams. It is a great idea, and it looks very cool. The bus can move at speeds of up to 60 km/hr, and it runs on rails and rides high above the ground. When there is no traffic jam, vehicles of up to 2 meters can pass under the bus. I guess that would be called undertaking the bus? And did I mention it is electrically powered?

Check out the video below: 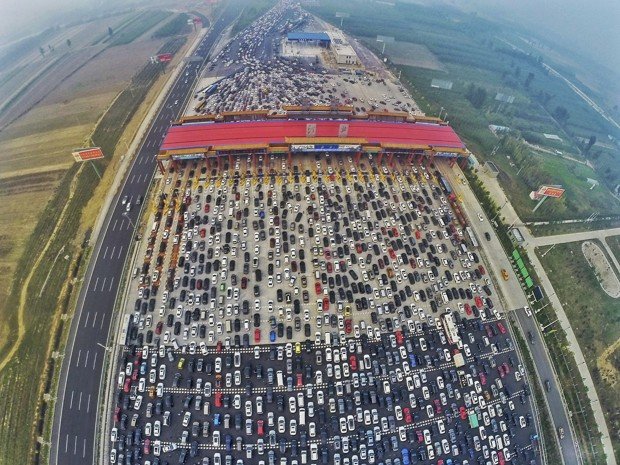 Vehicles are seen stuck in a traffic jam near a toll station as people return home at the end of a week-long national holiday in Beijing, China, October 6, 2015. The picture was taken on October 6, 2015. REUTERS/China Daily