The past months there has been a lot of buzz about amazon turning into a logistics service provider, by in-sourcing increasingly more supply chain and logistics functions. It seems Google is looking into making moves into a similar direction. They have already followed amazon when it comes to delivering goods with drones. Now it seems it wants to follow them into the warehouse as well. Or at least control machines that will be moving into the warehouse…

Amazon and DHL Are Joined by Google

Amazon bought Kiva Systems in 2012, which gave them access to technology that allowed robots to move around products in a warehouse, as you can see in the video here.

DHL has also recently announced a move into robotics. They have bought several robots that are to be used to assist warehouse workers, and make processes like kitting and packing more efficient.

According to a patent that was recently awarded to Google, they are working on technology that could assist or even replace warehouse workers and their equipment. Warehouses are filled with equipment that is used for an array of logistics processes: putting pallets away in / retrieve them from racking, or (un)loading trucks. Most warehouse have multiple forklifts, reach trucks, and electronic pallet trucks moving around. The patent outlines technology that can replace these with versions that can be operated remotely, or that will move fully autonomously:

“…boxes or objects may be manipulated, processed, and/or stored by robotic devices…. Further, term “boxes” may refer to any object or item that can be placed onto a pallet  or loaded onto or unloaded from a truck or container.” 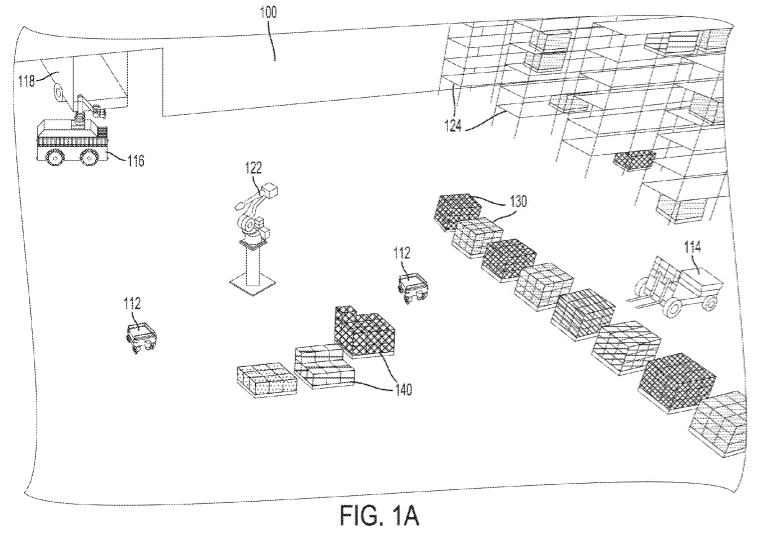 The picture above shows several of these robots at work. There is a robots (un)loading a truck, there is one with a large arm, that could be used for (de)palletizing. There are smaller robots to move around boxes or bins. A forklift robot can put away or retrieve pallets from racking.

The patent speaks about a fleet of robots moving around the warehouse orchestrated by a central system. The robots can be assisted by human operators that control robots remotely, which Google calls tele-operating. Furthermore, to ensure safe operation of these robots, they are equipped with various sensors to prevent them from colliding with objects. Also, other sensors will ensure they are loaded properly, and that they will not tip over when moving around. A picture of the forklift can be seen below: 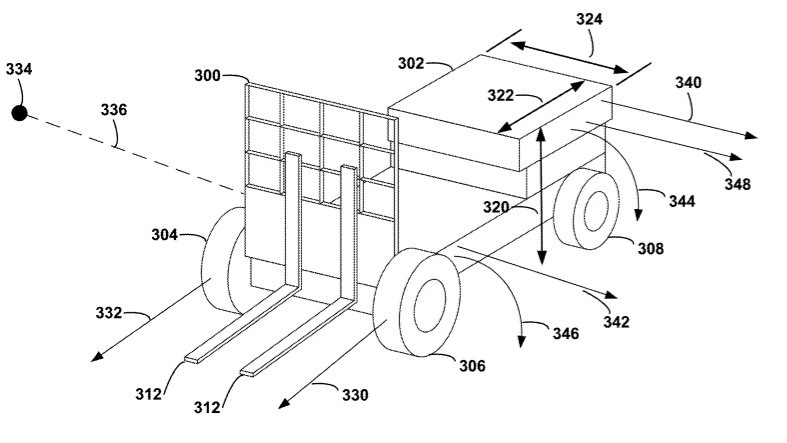 In conclusion: at this time it is not known if this is theoretical research, or if Google actually intends to develop these robots.

Robots to the Rescue
Manage Cookie Consent
We use cookies to optimize our website and our service.
Manage options Manage services Manage vendors Read more about these purposes
Preferences
{title} {title} {title}