Dutch Online Grocery Startup Picnic has announced they will be testing a new last mile delivery method for online groceries. It is called The Hyperloop of Things, Picnic on Demand: HOTPOD.

Picnic is an online-only supermarket. Customers do their shopping via an app. From the start, Picnic has been on the forefront when it comes to efficiently delivering groceries to their customers. They have taken a phased approach, by launching their service city by city. Established grocers with online capabilities were letting their customers decide when they wanted their groceries delivered From the start Picnic chose to offer fewer delivery options, but gave exact time slots. Customers had less choice but knew when groceries would be delivered. The result was that Picnic could plan deliveries more efficiently by offering customers open slots in existing delivery routes. The customers, in turn, get the feeling they get a high level of service, as their order is delivered at the agreed time.

Customers shopping online, at least those in the Netherlands, are spoilt. From the start, e-tailers have offered free delivery. Now customers are used to that and they expect it. Picnic caters to this by being the only online grocer to deliver for free. The large grocery chains that have started selling their groceries online all charge for delivery. Picnic does not have a network of physical stores, so the money they save there can be used to offer relatively low prices and free delivery.

According to the announcement posted on the Picnic blog today, they have been secretly working on the Hyperloop of Things for three years. The system consists of small pods specifically created to carry crates of groceries from Picnic hubs to customer homes through underground tubes. The beta testing with 20 customers in the Gouda area, was done in a newly developed area. According to Ruben Vermijs, responsible for “creating happiness” at Picnic, they chose a newly developed area, so the tubing could be installed together with other underground infrastructure like the water mains, electricity cables, and drains. Installing the tubing in existing neighborhoods is currently too expensive.

It’s that time of the year again

The company will test the system in Gouda for four weeks. When successful the next phase will be in a neighborhood that will be built in Diemen, near Amsterdam. The concept is explained in the video below. Unfortunately, it is in Dutch.

The starting date will be April 1st… 🙂

Another great innovation which was announced by Google Netherlands around this time in 2016 could also have implications for Picnic. The self-driving bicycle, which, looking at the video, they have developed together with Dutch bike innovator VanMoof. As many Dutch people use bikes to do their grocery shopping, I see an alternative for the areas where it is too expensive to install HOTPOD tubes…

The end of March is traditionally a month when companies launch innovative and surprising ideas. You can find several examples in this earlier post on LogisticsMatter: April Fools and Logistics. 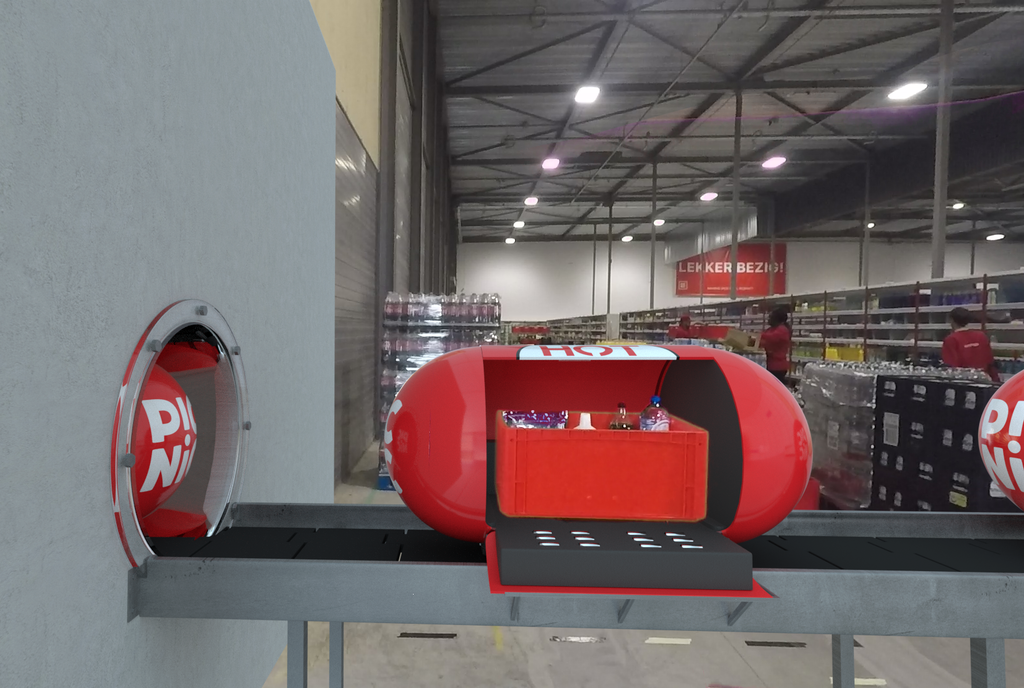