Who didn’t fold paper airplanes as a kid? I sure did. Threw them out my bedroom window, until the neighbors complained about all the paper in their backyard…

Otherlab has taken this childhood pastime and formed it into a very clever low-cost highly efficient delivery system. Where until now most autonomous delivery systems revolved around the use of drones, Otherlab has a different approach. They use what they themselves call Industrial Paper Airplanes.

Why not a drone?

There are downsides to using a drone. The systems are relatively expensive to build, not very easy to deploy, and need to be retrieved (or return) for future use. When a return trip is part of the delivery, the systems need higher capacity batteries. More batteries mean less payload.

An APSARA. A What? An APSARA!

Otherload calls it’s innovation the APSARA: an Aerial Platform Supporting Autonomous Resupply Actions. One of the operational concepts described by them uses a large cargo plane like the C-130 to deliver several hundred APSARA gliders. They are released from the plane in flight and navigate / glide to preprogrammed destinations. The gliders can be filled with medicine, or other critical supplies, like batteries. The combination of a single plane and the gliders can cover an area as large as California in one single flight. 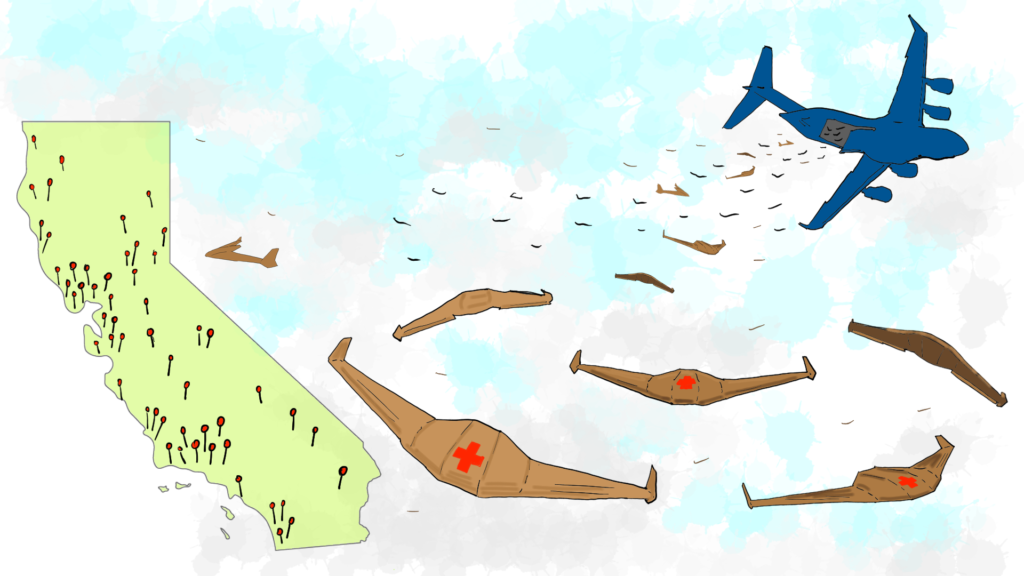 The gliders are easy to construct, with materials that are widely available. They can be transported folded flat and stacked and can be folded into form and filled on location. Designs can be adapted to mission specific criteria. The gliders can be re-used, but they are designed to be expendable. They are also bio-degradable.

Watch the video below for a further explanation of the concept, and see the glider in action.